Kokrajhar Planetarium and Science Centre:The Kokrajhar Planetarium and Science Centre was set up under Popularisation of Scienec by the Dept. of Science & Technology, Govt . of Assam in 2009 at Vill. Titaguri Pt-II, under in the Kokrajhar Revenue Circle. Ceremonial Foundation laying by the Hon’ble Chief Minister of Assam on 17th February, 2011. 90 % Civil construction of both the planetariums complete. Process for procurement of instrument is in progress

Sub-Regional Planetarium and Science Centres at Nalbari and North Lakhimpur:90 % Civil construction of both the planetariums complete. Process for procurement of instrument is in progress

Six New Planetariums:Six more New planetariums have been planned to be set up at Majuli, Kaliabor, Amingaon, Bongaigaon, Diphu and Silchar. Land has been identified for Planetariums at MAJULI, DIPHU, KALIABOR AND BONGAIGAON and handed over to ASTEC as the implementing agency. DPRs have been prepared, administrative approval accorded. 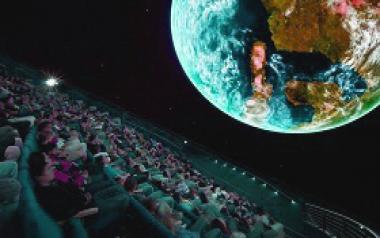